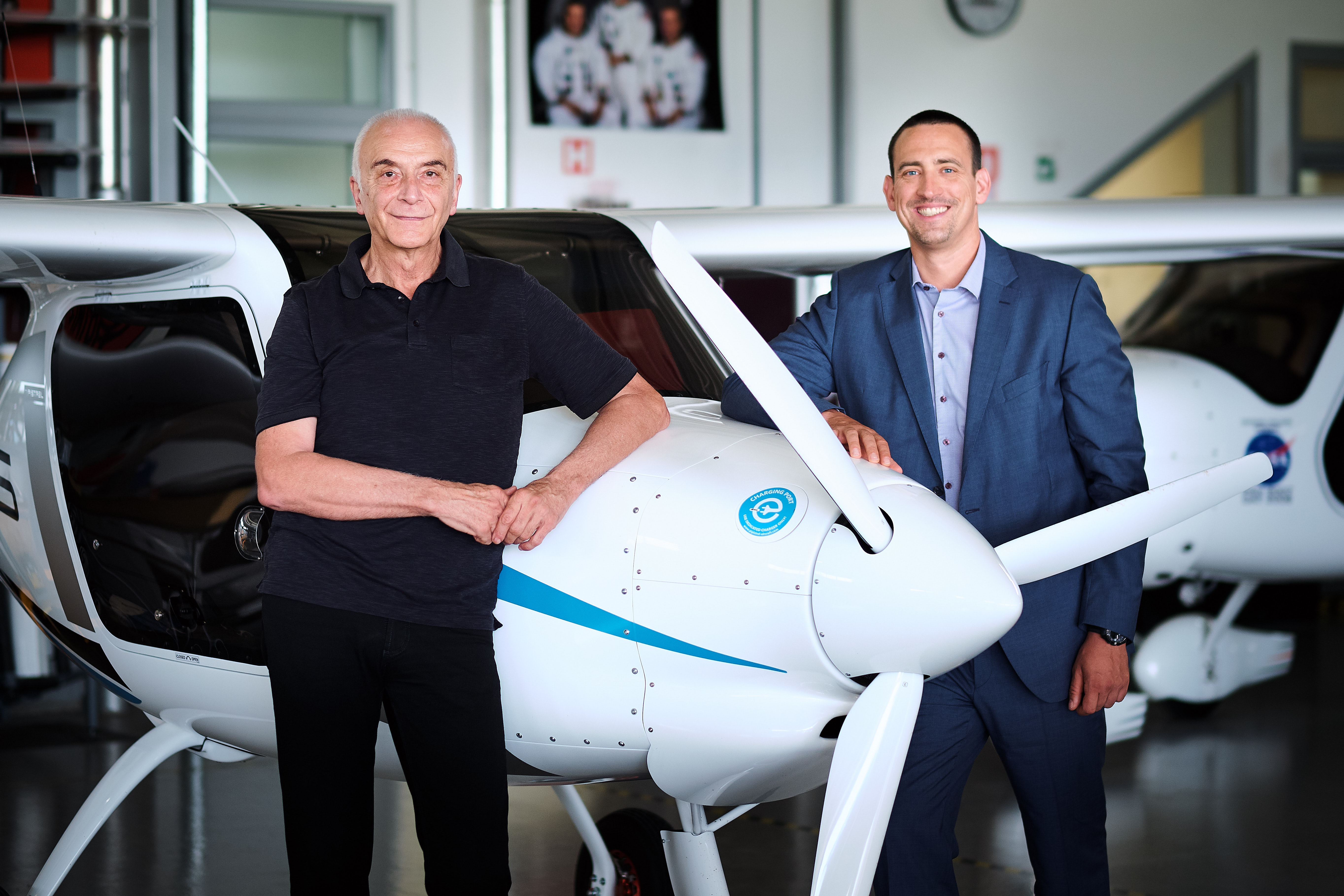 Pipistrel and Green Motion are announcing a game changing partnership to develop a universal, future-proof, environmentally friendly, turnkey charging technology for electric airplanes. This new charging infrastructure will be in line with approvals of EASA, European Union Aviation Safety Agency.

By obtaining of the first ever type certificate for an electric airplane from EASA, Pipistrel with its Velis Electro has indeed affirmed that the electric market will grow. With its FLIGHT XT, one of the world’s first electric plane charger already in use in two airports in Switzerland, Green Motion has gained extensive knowledge of electric airplane charging.

Slovenia’s world-renowned small aircraft producer and Swiss’s electric vehicles’ charging pioneer share a lot in common. Both have complementary technologies setting the future of electric mobility. Pipistrel is shaping the aviation industry by developing and delivering cutting-edge electric airplane. Green Motion is raising the bar of electric vehicle charging for cars, two-wheelers, trucks, airplanes, and Urban Air Mobility (UAM). Both companies are putting user experience and exceptional quality at the heart of everything they do, to foster environmentally friendly and affordable ways of transportation.

Now they join forces to create an electric airplane charging solution that will bring:

Ivo Boscarol, Founder and president of Pipistrel companies says “I am dedicating my life to contributing to a cleaner atmosphere and emission-free aviation. Type certifying the first all-electric airplane was the necessary step towards this goal. As part of the endeavour, Pipistrel was forced to develop and produce almost everything in house, including the chargers. However, to assure a significant change to cleaner atmosphere, widespread use of electric aircraft is a must, and we need to spread the network of chargers to airports all over the world. This cannot be achieved by Pipistrel alone, but with a skilled and distinguished partner as Green Motion, this becomes a reality. I am happy that our SkyCharge stations will grow further with its potential into a common new brand SkyCharge by Green Motion and Pipistrel, to offer electric aircraft users a breakthrough, connected and a turn key service all over the world”.

François Randin, Founder and CEO of Green Motion says “Green Motion has worked on electric airplane and UAM charging solutions for over two years. We see the beginning of this new market like we did more than 11 years ago with electric cars. After being a pioneer for electric cars, we are now a trail blazer in electric aircrafts charging too. That is why we are so proud and honoured to partner with Pipistrel, a worldrenowned aircraft producer which has complementary technology and mindset to ours, so we can define the future of electric planes together.”

Pipistrel and Green Motion, two companies with revolutionary ideas and cutting-edge solutions are now putting their world class engineering teams together to shape and define the future of electric planes, to deliver the best flying experience, significantly reduce cost of flying as well as air and noise pollution.

Pipistrel is a world-leading small aircraft designer and manufacturer, specialized in energy-efficient and affordable high-performance aircraft. With more than 30 years of experience, Pipistrel has produced more than 2200 aircraft to-date, gaining significant international reputation by delivering unique, innovative products to passionate customers on all continents. First-to-fly an electric two-seater in 2007 and the winner of the NASA Green Flight Challenge in 2011 with the World’s first electric four-seat aeroplane, Pipistrel has designed nine different experimental and serially produced electric aircraft. It has also developed propulsion systems, including batteries, power controllers and electric motors, for small and general aviation class of aircraft for NASA and Siemens, among others. With involvement in standardisation committees, i.e. ASTM F44.40, F39.05, SAE AE7-D, Pipistrel is helping to enable the future market of hybrid-electric aviation.

Pipistrel is the only company in the world currently selling four different electric aircraft models; the Taurus Electro, Alpha Electro and Alpha Electro LC are now being complemented by the EASA type certified Velis Electro.

Pipistrel Vertical Solutions, the company’s R&D division, holds an EASA Design Organisation Approval and has the capability of bringing a new aircraft design concept from a basic idea into a certified design, ready for production. The division is also developing electric and hybrid-electric eVTOL air taxi and unmanned cargo delivery UAVs, as well as a hydrogen fuel-cell powered 19-seat miniliner/microfeeder, aimed at revolutionising the intra-European transport market.

Green Motion SA is a renown fast-growing Swiss-headquartered international company that has been pioneering the design and production of charging systems for electric vehicles for more than eleven years.

Green Motion SA operates its own network of charging stations under the “evpass” brand. evpass has become the most extensive Swiss network and the leading European EV charging hub.

Do not miss any information

Subscribe to our monthly newsletter to not miss any information on Green Motion and electric mobility.